Working with cloud platform Alianza, NAGRA is leveraging its anti-piracy capabilities to bring down criminal activity as part of Operation 404, an anti-piracy operation by the Brazilian Ministry of Justice. On June 21st Operation 404 launched its fourth phase of operation, targeting a crime network that was set up to illegally to sell music, games, movies and TV shows, using 461 apps and 266 pirated websites.

With 30 search and seizure warrants issued during the operation, NAGRA’s anti-piracy operations team were on the ground helping to coordinate, witness and capture the evidence. 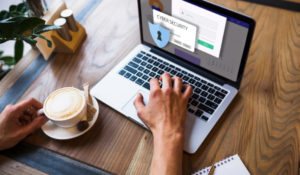 The investigation also identified another 53 sites hosted in the UK and six in the U.S. All were blocked. In addition to the physical searches, for the first time, the operation also ventured into the metaverse as part of its investigation.

“The metaverse has barely begun and criminals are already using this environment to commit crimes. They prepared events and within these events, in the metaverse, crimes against intellectual property were committed,” said Alessandro Barreto, coordinator of the Ministry of Justice’s CiberLab.

As a result of the fourth phase of Operation 404, 10 people were arrested and charged with the offence of copyright infringement. The investigation revealed that the applications and devices sold by the pirate also contained software to illicitly obtain sensitive data from customers.

“NAGRA has supported law enforcement for this kind of operations for more than two decades and has a worldwide reach for these types of operations. Not only does NAGRA have pirates prosecuted criminally, but they also go after large pirate organisations civilly and seek indemnification, as NAGRA believes money compensations have a true deterrent effect for pirates,” said Pascal Métral, VP of legal affairs and head of anti-piracy intelligence, investigations and litigation for NAGRA.